This document from the nineteenth century reveals that trade off between harnessing the power of Britain’s waterways and protecting fish stocks is far from a new argument. Thankfully the Archimedean Screw hydropower turbine that Mann Power specialises in means there no longer needs to be a trade-off. 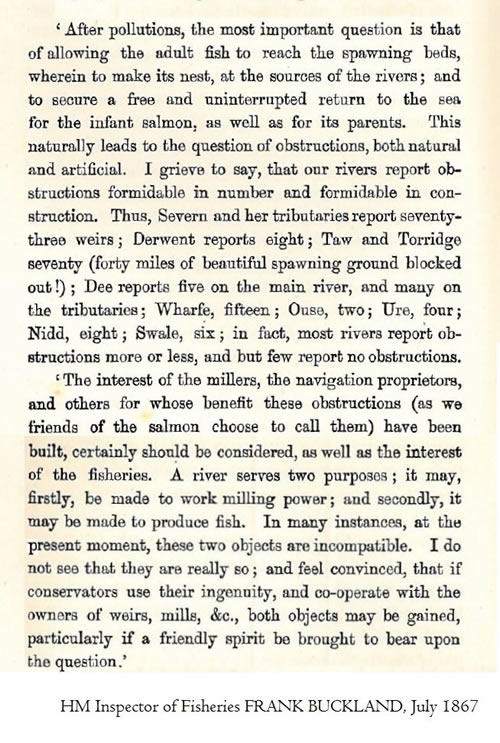 As our growing list of satisfied customers would attest to, the Screw technology is not only a highly efficient generator but is also proven to be fish-friendly. This has opened up many, many locations previously declined as viable hydropower generation sites. Mr Frank Buckland of HM Inspector of Fisheries back in 1867 would surely have approved.

You have Successfully Subscribed!